When I was younger my mother threw me the best birthday parties, and it’s probably why my kids’ birthdays are a special occasion, I don’t belittle it. There are only so many that I will have where I can spoil my boys rotten! So..I plan! Elaborate and silly activities and genuinely create (cringe/cheesy/enduring) memories for life!

My eldest Yousuf turned 5, early October. Writing 5, makes me shiver, seriously where has the time gone?! But I’ll save that for another post.
So back to the birthday, the little guy had his heart set on a Ninjago theme (lego kid warriors for the uninitiated!) Doha doesn’t have a variety of party shops so my planning started months in advance. Here’s how it went down…

This sounds like the easiest but the right decor can really make or break the setting, and add that extra sense of occasion to the party.

I kept the decor simple and within by budget, so Amazon, Ebay and the local craft store were my best friends.

The main table (balloons, back drop and table coverings) was my biggest expenditure and I outsourced this to Chocolate Fish parties (based in Doha) – it couldn’t have been more perfect. I added a little more detail by sticking on Ninja eyes to the balloons (the eyes were pre-cut Ninja stickers I had purchased from eBay). The best thing about these stickers were they could be stuck to everything, and I used the extras on the other decorations.

The oriental lanterns were bought from Daiso, and with the eye stickers they brought the Japanese theme to life. 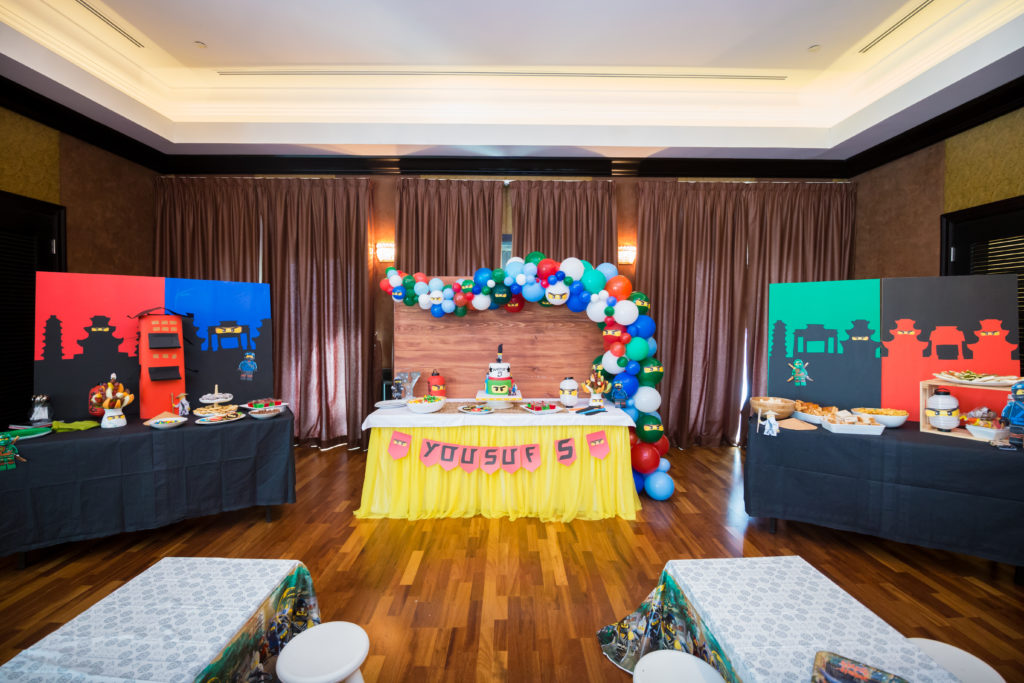 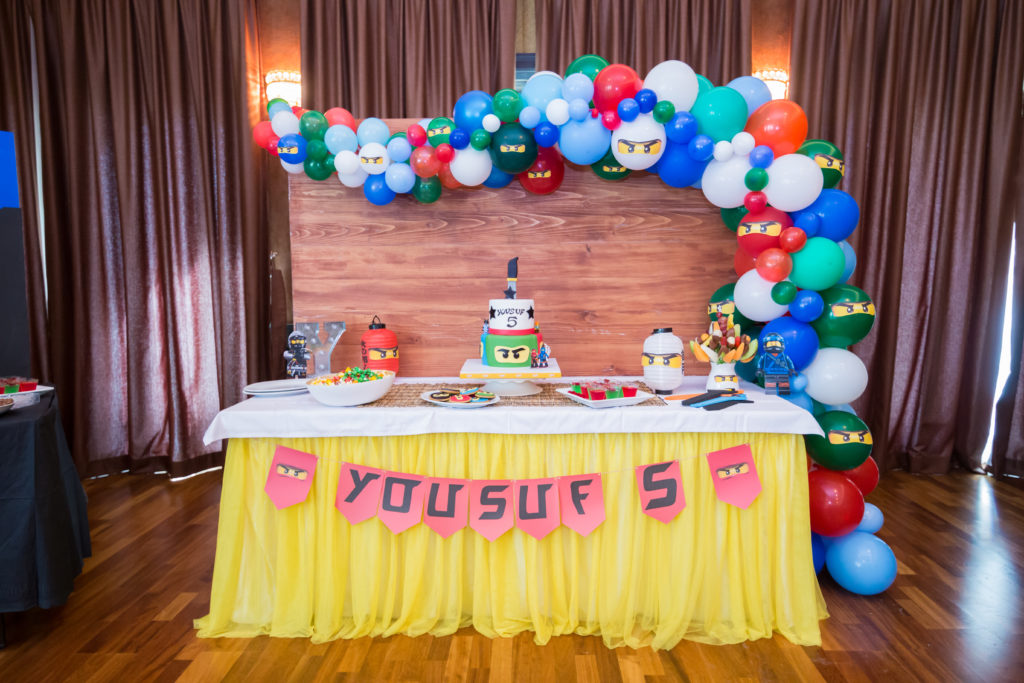 The foam swords I hand-cut from different colours of foam – the kids had a blast with them, and the best part they were painless if they did make contact with another child!

The silhouette boards I also hand made! These were quite time-consuming to create but made from simple materials, black and red card and hand-drawing the silhouettes on the back. I then glued the black silhouettes down onto the coloured foam boards and added the eyes stickers and various ninjago character cutouts.

It provided the perfect backdrop to the food tables. 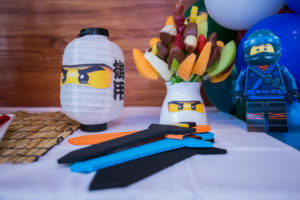 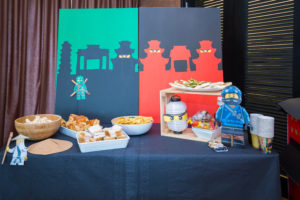 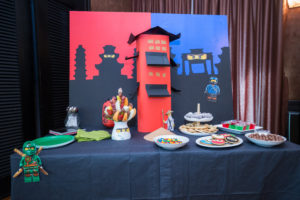 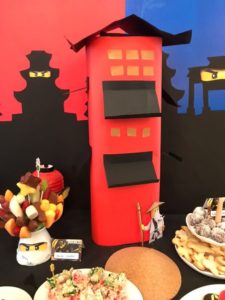 The cake and cookies were made by Choowy Goowy (based in Doha) – the designs were taken from images I sourced from Pinterest and fit in awesomely with the theme.
I didn’t actually get a picture of the main food, but lucky for me Mcdonalds were doing Ninjago theme happy meals, which made it a cheap but effective food option. 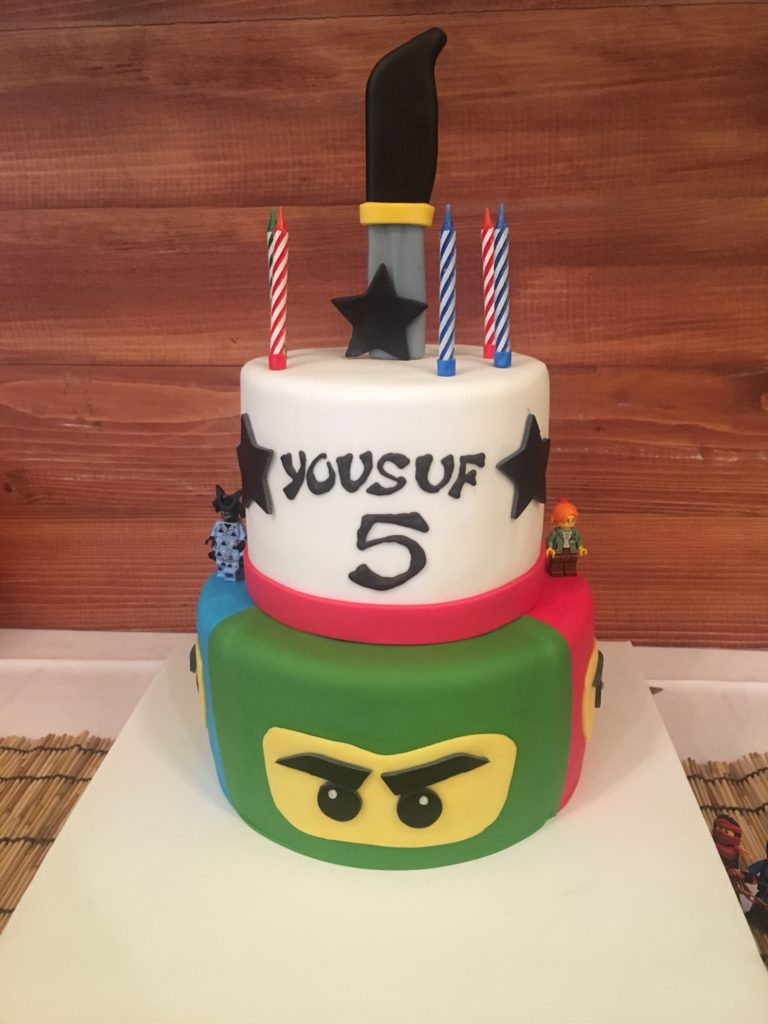 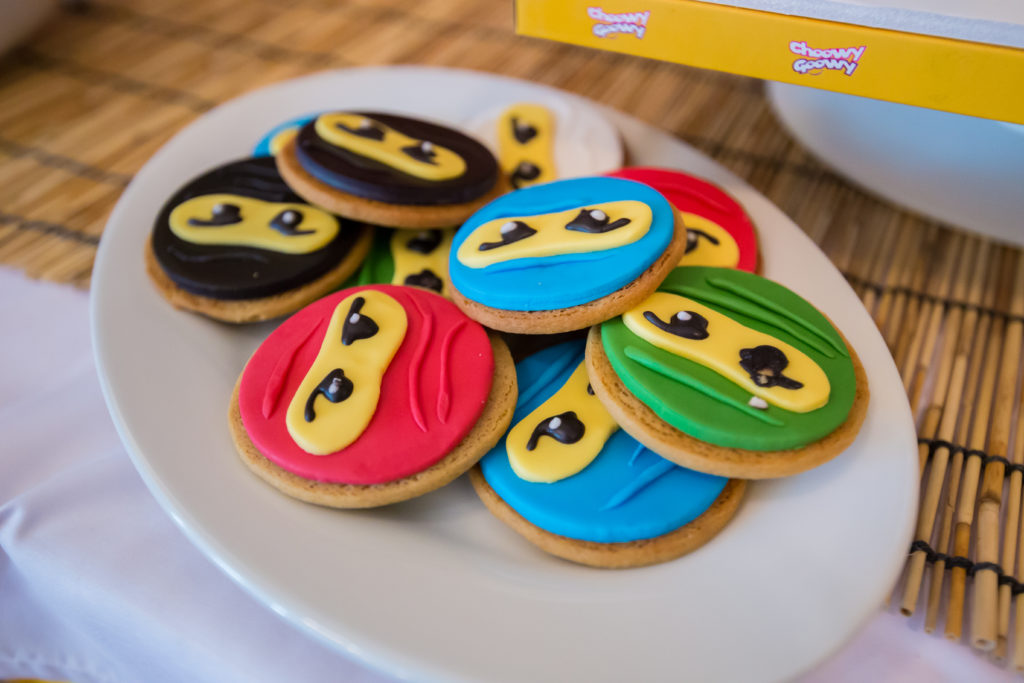 I made personalised headbands for each child to get into the Ninja theme; I bought these from the Baker Ross UK website, and personalised them myself using a letter stencil and fabric pens. These were so simple to make, and each kid was thrilled to receive something with their name on it.

At the party itself, a table was laid out, with various colours of fabric pens so the kids could add their little touches to it before wrapping it around their forehead and getting into character. 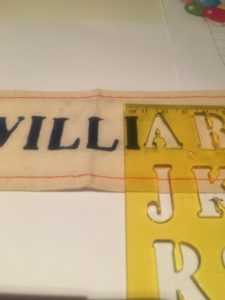 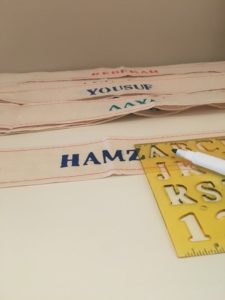 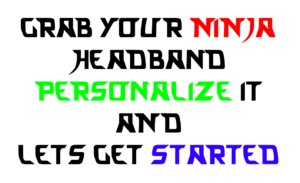 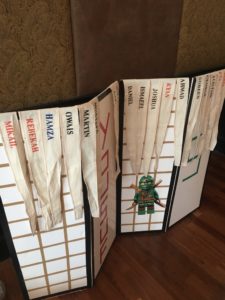 I hired a martial arts company (Royal Martial Arts, Qatar) to bring the Ninja theme to life. They brought along a huge inflatable mat, and wowed the audience with some demonstrations of various moves before getting the children involved with everything from somersaults to flying kicks…. it lasted 45 minutes but the kids were thrilled and just couldn’t get enough! 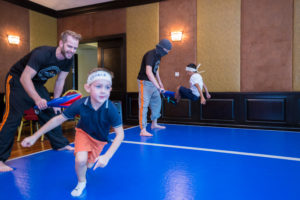 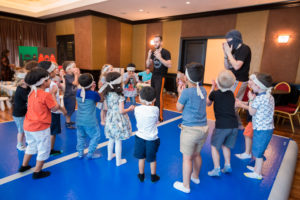 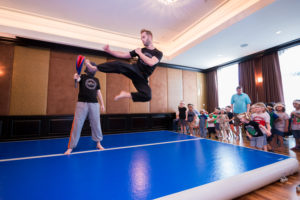 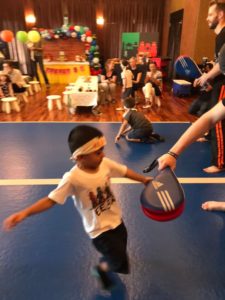 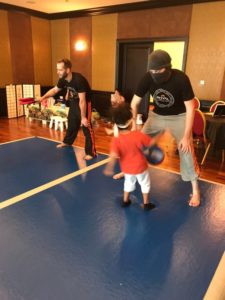 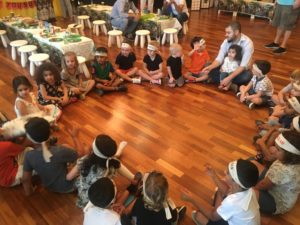 Following the martial arts demo, the husband took over and worked his magic playing the usual party games, my favourites for a big crowd are:

Pass the Parcel – my twist was a silly sticky note inside each layer of wrapping with a simple thing the child had to do, “act like a monkey”,  “count to 10 backwards”, “name 3 Ninjago characters” etc – plus a lollipop in each round

Longeeeeeesst Happy Birthday – Kids love having the microphone, this game simply times each kid one by one for how long they can elongate the phrase “Happy Birthday Yooooouuuuuuuuuuussssuuffffffff” – always adds a comical flavour to the afternoon.

I love party favours and they are the perfect finishing touch. I found the coolest tins from my favourite store in Doha; Al Rawnaq trading! With the help of the pre-cut stickers, the tins were the transformed into Ninjago keepsakes for each of the children. I didn’t get a picture of the contents, but inside there were a few ninja themed toys from Baker Ross, a Ninjago toy, as well as a playdough tub and cutter. 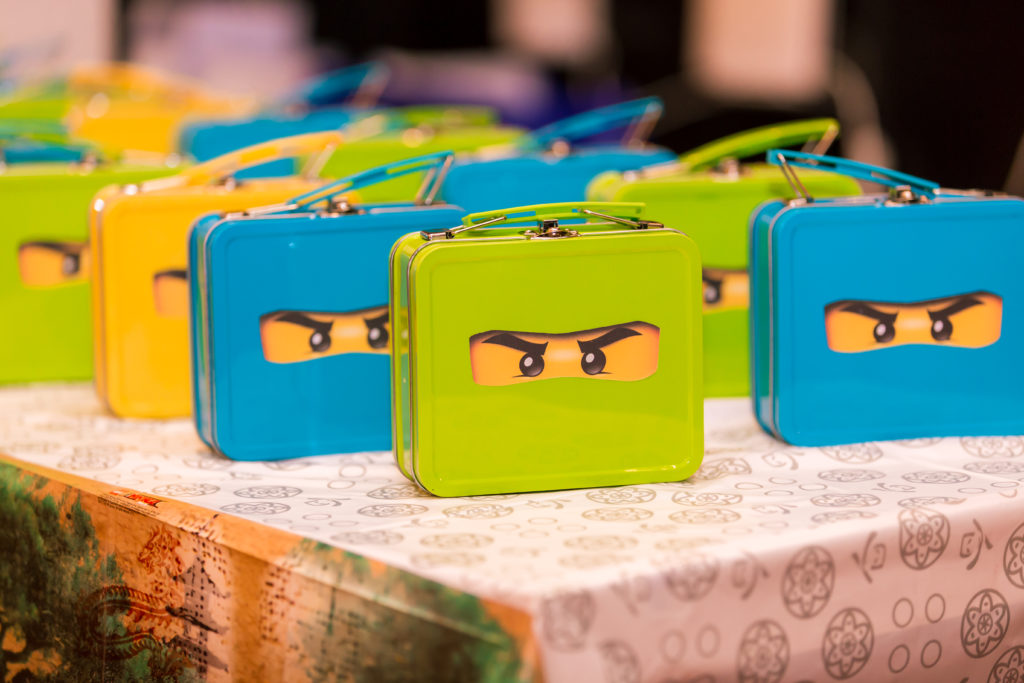 Conclusion:
I was really happy with the party and the late nights and RSI during the days before the party totally paid off..until the next one! 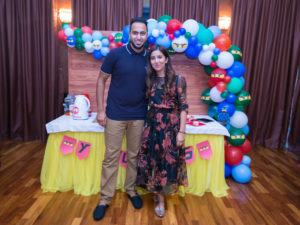 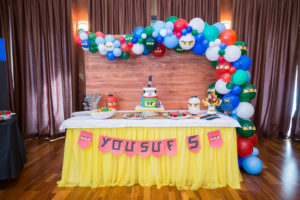 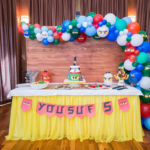