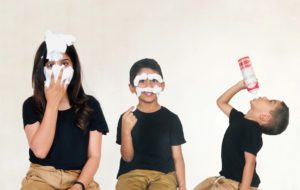 We all love a bit of screen time….sometimes too much! I’ve recently re-connected with my own childhood and found that the tried and tested board games actually work on our Ninjago-obsessed little ones!

Board games are great to introduce from the age of 3-4; my 5-year old Yousuf LOVES them, and the 3.5 year old, Eesa, is just grasping the concept of losing every now and then. One of life’s lessons!  Honestly, even Yousuf himself has cried because he got caught my longest snake on the board (Snakes & Ladders – Willy Wonka themed!), but I found games help them to understand a concept we sometimes try so hard to teach them in life. You win some you lose some, dust yourself off and try again. It also helps them build patience by taking turns and they learn strategy and style by emulating other players.

I’ve compiled a list of board games the boys love to play, these are now part of our routine of spending and enjoying time together.

Since purchasing the first one, I’ve learned there are a variety of Sequence games, we have 3 in total so I will cover these and tell you why each one is beneficial in its own way. 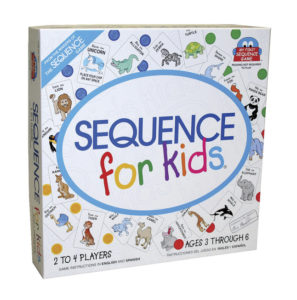 Even if they can’t read yet, younger children can enjoy playing this great strategy-building game. The Sequence Game for Kids is easy to play and set-up, yet challenging and exciting. Just play a card from your hand, place a chip on a corresponding game board space and when you have 4 in a row, it’s a “sequence” and you win. Each card represents a familiar animal so it’s a good learning activity, you can mix it up by making the animal sounds instead of the names to keep it interesting 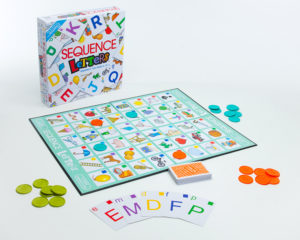 Players sound out the letter on their cards, match it to the beginning sound of a picture on the gameboard, then place a chip there. Each card features a letter of the alphabet in upper and lower case. Colored squares on the cards and gameboard help with faster recognition.
As the boys are both currently in school years where they are learning phonics, this game has been a brilliant addition in making it a little more fun. 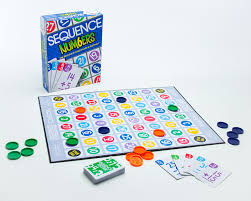 Sequence + Numbers = FUN! The cards each have an addition or subtraction equation and the game board has the answer. Colour’s help the younger ones to find the right square! This has been great for Yousuf (5) who has recently been loving the concept of math! 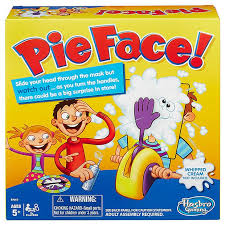 This hilarious game is filled with fun and suspense, and somebody’s bound to get surprised! The boys load the wind-up plastic arm with whipped cream, then take turns sliding their heads through the mask and spinning the spinner. But, watch out! The spring-loaded cream hand could go off at any time giving someone a face full of whipped sweet stuff! (Warning there will be crying!) 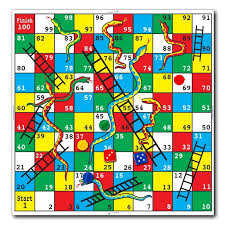 This classic game is great for kids who are learning to count, it encourages basic addition skills too, the first one to get to 100 is the winner. I get my older one to add his dice score to his current board position to test his math along the way! You can even play the game backwards! 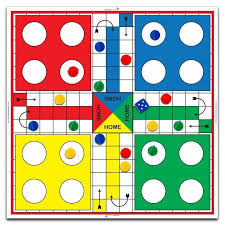 Ludo is a board game for two to four players. Players race their tokens from start to finish according to die rolls! There are some rules that can make the game tougher and more strategic, but keep it simple to begin with! Eesa (3.5) hasn’t grasped the concept at all, but Yousuf (5) has, the more he plays the better he gets in getting round the board and is always thinking a few steps ahead. 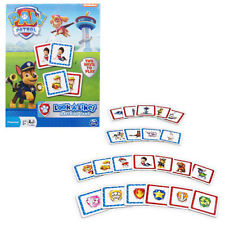 My boys love this game and have loved it for years now. You can get so many different themed set of cards to use to play and the complexity goes up by simply increasing the number of cards. I love these sort of games, as it tests and improves memory recall. 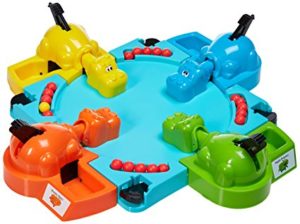 Another plastic classic, designed to test rapid hand movements to capture as many balls as possible! Simple but you can play it 100 times! 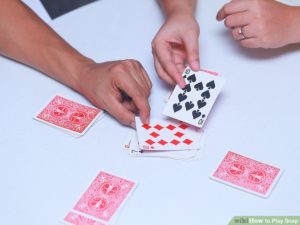 Another timeless classic, can be played with different types of cards. It’s a game of skill, speed and accuracy. Favourites in my home include a Paw patrol set, and the traditional playing cards. I have to add their reflexes in this game has improved drastically, where they were once slow to ‘snap’ a matching pair, their more on the ball now and can spot it out quite fast. 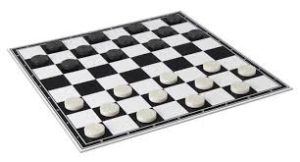 Draughts is a recent addition to the games we play. Draughts is a fun, challenging, and relatively easy to learn. Yousuf (5) grasped onto the concept of the game quite fast, its a great way to introduce the idea of problem solving and for them to think about the best strategy. 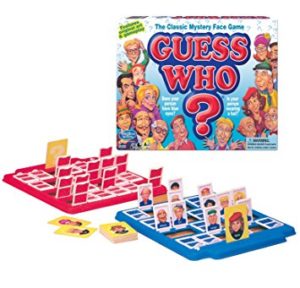 Each player has a board with windows that flip up to reveal 24 faces of men and women with their names written at the bottom. The game begins with all windows up, and each player draws a card (which they do not show) and then asks their opponent yes and no questions about the card they have drawn so they can narrow down the selection of the potential people on the tray. This game requires a lot of focus and problem solving, which is great for a 5 year old who really wants to win the game. 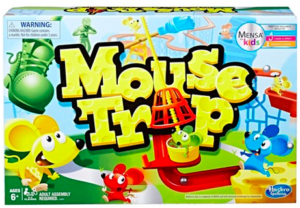 Snap the trap and win at Mousetrap! Yousuf (5) loves the concept of the game, where you have to try and trap the mouse in the trap first. Where as Eesa, doesn’t have the patience to wait for it, and trys on every occasion to do it. This makes it more suited to slightly older players. 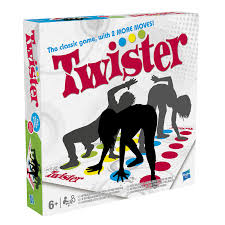 Twister game challenges you to put your hands and feet at different places on the mat without falling over by using a spinner to determine your next move! Be the last player standing to win. Definitely one of the crazier games to play with the kids. 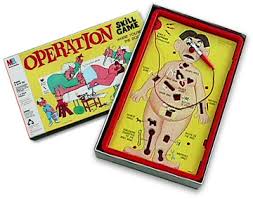 In this game the child becomes the doctor, and take turns using the tweezers to carefully remove 11 easy-grab ailments from large openings in the game tray. But it’s not as easy as that, as the child needs to focus and keep as steady has as if they touch the side of an opening, and they’ll hear the buzzer and the patients nose will light up.

Are there any you would add? I would love to hear them. Please leave a comment below!

Great ideas! I was looking for fun games for ESL teaching, this very first match from yours has just told me what to do in class. Many many thanks! 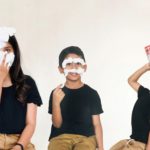